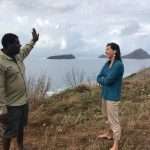 The term ‘country’ is much broader than simply a reference to land. Dermot Smyth in his Guidelines for Country-based Planning discusses how the term ‘country’ has been adopted by Indigenous people across Australia to describe the complex layers of meaning associated with their place of origin and belonging. [Read more]